The trees that line the twisting road, lean in to drop their words in bright red flurries.Silent sentences, unheard by speeding cars. I watch one almost curtsey to me,slender limbs in silhouette.And I forget the fifty things that filled my head,that chased me from my Sunday bed. I need this distance.Miles of asphalt moving me away from Monday.Driving far enough to hide me from the glareof screens and stares and acronyms.Out here I can resist the grip of blackest boredomburrowing through my brain to leave me numb. I photograph each precious moment,trees and sea and sky and him.And when I must return to that dark shadow of existence,I keep the pictures near enough to glimpse,my bliss, my hope, my small resistance.
Posted by be the serpent at 7:21 pm 1 comment:

Look at me (Stockton Stigma Stories-Mind Me Project) 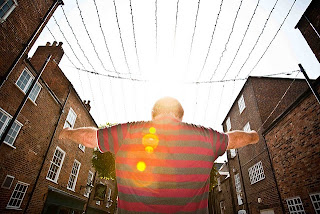 Look at him.
He sings in the street like the world is his stage and
his life is an opera.  Arms outstretched, head held high,
Pavarotti of the pedestrians.
It’s summertime and the living is easy.
Does he notice them laughing and shaking their heads?
Does her hear their cruel whispers?  She does.
She clings to him, guiding him forward.
He turns to her.  Have I told you lately that I love you?
They walk together through the ruins,
peering into rooms they cannot reach.
Touchstones crumble as they reminisce
in this, the house of the cosmic joker
who changed the rules and left him with
a thousand books he cannot read,
a million words he cannot write.
He paints instead, the colours of his mind,
the memories left behind,
and shouts across the vast North Sea,
look at me.
Posted by be the serpent at 7:17 pm No comments: 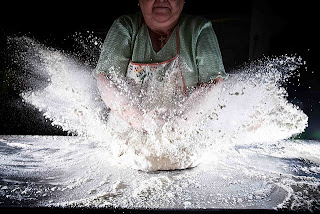 Sometimes it’s hard to be a woman.
She sings the song as she scatters the flour
and traces the name her family gave her.
Words in white dust,
misery guts.
She kneads this therapy.
She bakes, and takes her gifts
to those who understand,
her group, her new-found family.
It’s here she laughs, and shares her stories
paints the pain away.
But when the door and curtains close,
she’s locked with loneliness inside,
abandoned with her memories.
She passes time with poetry
and picnics knitted just for bears.
She turns her music up and sings,
sometimes it’s hard to be a woman.
Posted by be the serpent at 7:15 pm No comments:

If all the world's a stage,
she'd rather stay behind the scenes.
She'd paint the sky with birds
and prompt the actors with
the words she dare not speak.
She'd rather watch from velvet seats
with chocolate treats,
all cosy in the dark,
invisible to eyes too blinded by the lights.
And at the end, the final act,
she'd hurry back to friends,
and tell them of the drama, romance, songs,
somewhere that's safe, and she belongs.
Posted by be the serpent at 7:09 pm No comments:

I was lucky enough to work with some truly inspiring people last week.
Here's a link to the work I did with them.
http://stocktonmindme.blogspot.com/
Posted by be the serpent at 5:50 pm No comments:

I trip,
and slip down secret snakes,
that wait for me
to miss a step,
to fall.

I lose my grip,
on scales as smooth as silver tongues,
that spit me out,
undone,
square one.

But when in hell, as Winston says,
you keep on going,
never knowing where each fateful step will lead.

And so I carry on, across the board,
ignored by ladder climbers, clutching, grabbing,
pushing, to the top.
I quietly endure the little boxes,
fingers crossed for lucky numbers
to release me from this trap.

And as I wait my turn,
I scrawl my words on empty spaces,
trying hard to find the meaning
in this place of fate and chance.

While I wander, wondering why and when,
I hear the serpents hiss again and
soon I’m sliding,
right back to the start.

It always ends with this beginning.
Not quite losing, not quite winning.
Being a good girl makes no difference
in a game where chaos rules.

Guess I’ll face it with a grin, never giving in.
I close my eyes
and shake it twice.
I roll the dice. 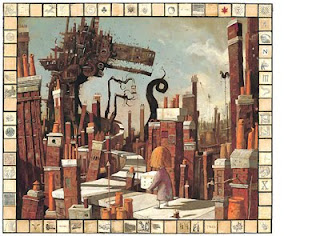 Posted by be the serpent at 4:54 pm No comments:

It was a slow day down by the river 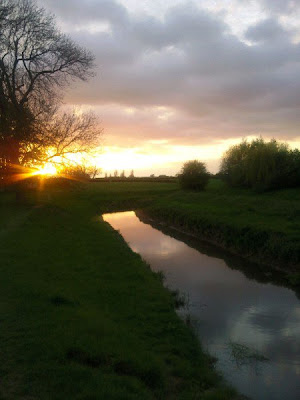 It was a slow day,
down by the river.
Slow was her only pace.
The sun warmed her face
and the top of her head
as she read back old poems
and hoped the words might tempt her muse.

She listened to birds
and watched wind blow through trees
as mothers rushed ducklings downstream.
Dog walkers passed her
and insects encroached
and old people stood on the bridge
staring silently, down.

She'd never stood still here before,
never paused to watch everything else move instead,
the shaking of jade blades,
the swaying of nettles,
the kaleidoscope rippling beside her,
and the rustling of white paper pages
that urged her to write something wonderful,
now.


It was a slow day.
Down by the river he walked with his dog and his anger unleashed.
Two black beasts surged ahead.
His eyes didn't see the sun slowly setting.
His ears didn't hear the silence of dusk.
His skin didn't feel the stillness surround him.
Yet somehow they soothed him.
By the river's edge, he turned back.
One shadow rushed to his side,
the other dissolved in the dark.
Posted by be the serpent at 8:26 pm 1 comment:

Loose lips sink ships, he says,
and she sees from the swell of blue in his eyes,
he's going under.

Each explanation she offers, it ruptures him.
Every apology, a breach in his bow.
She's shunned into silence, too late.

She'd tried to refrain, to contain what she knew,
but her heart had escaped through her mouth once again,
and she sang like a siren.

Now she swims to him through screaming squalls
and pulls him to the shore.

Loose lips sink ships, she says,
but a kiss can save our souls.
Posted by be the serpent at 12:00 pm 2 comments:

Letting the weather in

The light changes.
Gravewalker goosebumps shiver on skin.
For one, slow, second,
sky stands still.
And then,
it hits the windows.
All around, grey ghosts surround the house.
Rap, rap, rapping,
bony knuckles on double-glazed glass.
Urgent voices moan and murmur,
whispering through broken brick.
One loose latch is rattling somewhere.
One small gap, one lock unlocked.
Quickly run before it comes.
Fumbling fingers must be fast.
And throw the window open wide
and call the cold to come inside.


Now watch the rain wet windowsills
and stain the paper on the walls
and hear the heavens howling through the decorated hall.
Each gust adjusts the curtains neatly tied
and blasts the dust, that hides on every shiny surface.
Such stagnant air so suddenly alive, possessed by pressure,
woken by the chill of this ill-wind.
Each silent corner deafened by the din
of outside elements within.


The light changes.
Now throw the window open wide
and let the weather in.

Posted by be the serpent at 9:56 am No comments:

The Nashalim has lost his wings.

They fell into a river, black as hell
in darkest Prague.  The scars
still sear his back.
Through centuries of misery,
his halo slipped and sank
into his fragile skull.
Its heat ignites his ancient mind.
It sparks and scorches every cell,
shoots lightening through his eyes.
But still he sings his sacred hymns.
His lips locked in eternal song.
And place a pen in his shaking palm
to see the psalms flow from his fingers.
And if you find yourself alone,
a broken bird or lost for words,
he'll send you a sign, a symbol, a sentence,
a prayer prepared for you.
Something so simple and absurd,
that you'd always known
just had never heard.
The Nashalim has lost his wings,
but still he soars,
with ravens on his shoulders.
Posted by be the serpent at 9:59 pm 3 comments: 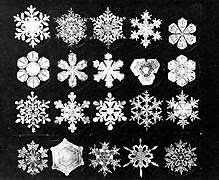 You were born an original, don’t die a copy. John Mason
Sudden and silent,
a hushed rush of white,
falling from heaviest heaven.

Chaotic crystals of luminous light.
The day holds its breath,
lifts its head.

Frozen but fragile,
so softly they bite,
as Jericho’s snowflake man
rescues his jewels.
He hurries through flurries,
to capture, to save,
then watches each masterpiece melt.

And deep in December,
he dies for his art,
braves one blizzard too far
with his battered log books.
What he saw in the snowflakes,
he showed to a world
who just had no patience to look.
Posted by be the serpent at 12:34 pm 1 comment:

Run away with me.

We’ll drive down roads
with old stone walls.
We’ll close our eyes
by waterfalls,
and listen.

You’ll show me how to skim a stone
and how to pick the perfect one.
I’ll catch the icy river ripples,
frozen like February in my phone.

We’ll walk through woods
with secret seats,
that whisper words
like poetry.

And then we’ll climb through crumbling castles,
on stairs that wind through distant times,
to watch the world from a stony view,
to see anew with ancient eyes.

And at the end of our adventure,
when reality returns in shivery slivers,
we’ll hide in the shadow of the unicorn without a horn
and rest our winter-sun scorched eyes.
And as his colour fades
so will the light from our secret day.

In darkness we’ll drive back
To cul-de-sacs and damp and debt,
We’ll crawl into our bed
And dream of freedom.
Posted by be the serpent at 11:52 am 1 comment: 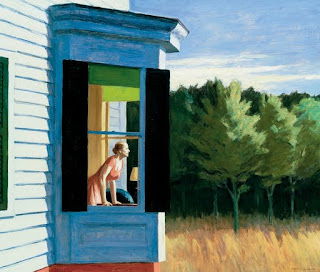 Cape Cod Morning by Edward Hopper
He watches her watch for him.
She's an open window.
He's near enough to hear her hum,
to see her smile, as she waits.
The darkness coaxes him.
He takes a step.
Posted by be the serpent at 10:21 pm 1 comment:

be the serpent
I am an English Literature Graduate, with an MA in Literature and Creative Writing. I've led Poetry and Creative Writing workshops for children and adults and taught two classes in the 2010 York Literature Festival. I am proud to have worked with Inspired Youth on the Young Carers Revolution, Stockton Mind Me Project and the I Wunt Dare campaign, helping people to express themselves through poetry. Eight of my poems have been translated into musical compositions by both the talented pianist Vanessa Simmons and the amazing composer David Lancaster who put my words in the mouth of an opera singer. I hope you enjoy my work...